Chris Dallman's Christmas Musical Offering - "Christmas On My Own"

Hey Everyone! Chris Dallman has got a pretty Christmas pressie, all wrapped up in a big red bow, just for us!

It's a brand new Christmas song just in time for the festive season. 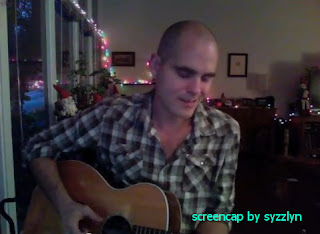 Chris had been taking a short break from performing due to a shoulder injury, and I was personally very glad to see him playing and singing on my computer screen again.

The beautifully poignant yet positive song called "Christmas On My Own" is specially dedicated to all those who are not able to make it home for Christmas, with Chris singing right in his own living room.

Then, take a look at the video, listen to the touching melody and share it if you love it. Which I'm sure you will!

I have a greeting for everyone who stumble upon this page too!

"Happy Christmas to Chris and loved ones, and to all his fans and blog readers!

May the holidays bring you much love, cheer and joy."

.... And it's even more intoxicating!

Personally, I love this sexier, haunting version of Britney Spears' dance track so much more when I first heard Christopher Dallman's rendition.

Chris had made a video with film-maker friend Christie Strong some time back. And a very innovative and interactive version of the video was put up on line at the "This Is Toxic" website. 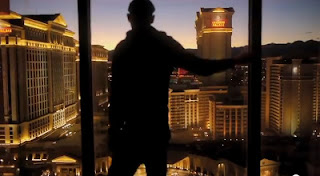 It consisted of three options -- Me (Which has footage of all Chris), Him (Chris' video lover) and the fan-submitted montage of what they thought wee toxic stuff. It was a pretty unique way of presenting a song that now had a twist of something a little darker in Chris' musical interpretation. And having it set in Sin City - glitzy Las Vegas - gave it right sense of seedy feeling of false hopes and despair.

But the video - being made of three separate and distinct parts - was not as easy to share and spread the word around.

Finally, a few weeks ago, a more concise and edited version of "Toxic" has made it online! YAYY!

It was much easier to share on various websites and social networks because it could be uploaded onto YouTube, for one thing.

I thought it is quite a little addictive gem (nice work Christie!). And the jarring images of the "toxic" pics toward the end of the song made the point more succinctly.

What do you think?

Dance To "Nighttime In The City" Radboy Remix - COMING SOON! 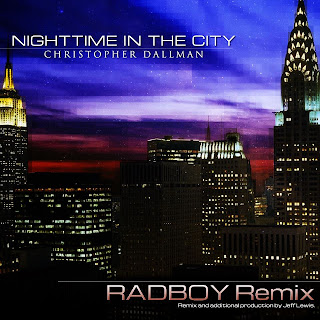 .... Another remix of a Christopher Dallman song is coming SOON!

The song "Nighttime In the City" is from Christopher's debut album  "Race The Light", which was released back in 2004 on indie label Treasure Records. Chris was living in New York City at that time, and the song seemed to be a symbolic urbanesque musical gesture to the crowded, busy metropolis.

As a fellow city-dweller, I connected to the acoustic-funky arrangement almost immediately the first time I heard the song.

With a more clubby renewal of the track, Christopher shared an anecdote about the making of "Nighttime In the City" on Twitter and Facebook.

"..... It was written on guitar, but when Dred Scott came in to do his piano bit, we obviously shifted courses. I'm not in touch with Dred anymore, but I'm so grateful for his artistry on the track and I vividly remember driving with him through a snow storm to the studio in the woods to record this. A long, hard journey and he did it one take. Breathtaking."

The retake on the original will be in the hands of DJ Jeff Lewis -- the remixer who have been the moniker "Radboy" since 2004. Hardcore dance music and remix lovers would most probably already find that name familiar. In his own blog, DJ Jeff Lewis thought that "the whole sentiment of his song makes for a killer dance remix."

The Radboy remix of "Nighttime In the City" is expected to be released on iTunes this coming Tuesday, June 12th!

For a snippet of the groovy track, CLICK HERE!

And if you are still not the aurally dancey type, then do check out Christopher's original "Nighttime In the City" recording at his website!
CLICK HERE to buy the track!
Posted by syzzlyn at 12:35 AM No comments:

Groove to Subterranean! Get the SIRPAUL Remix Now! 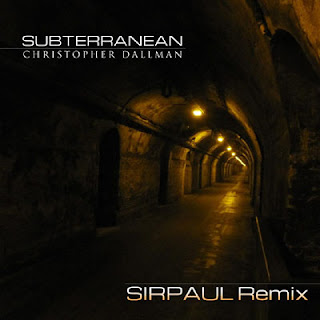 Just when you thought the slow, ethereal version of "Subterranean" is the only version you might ever know, Christopher Dallman shocks us with a totally different remake of the song.

In his latest digital album release, "Subterranean" has been given the electro-pop club rehaul by SIRPAUL - a creative NY-based producer/ performer. SIRPAUL has done remixes for several other artists, including Britney Spears and La Roux.

The tempo of the new remix is revved up to a bouncy dance beat, and interesting layerings of techno effects, which actually made the song even more unique when juxtaposed with Christopher's still breathy vocals.

Somehow, on first listen, I found myself grooving to the beat! Which is a good sign that the SIRPAUL remix is a fantastic tune to dance your cares away during those coming spring flings and summer parties.

So, go grab the "Subterranean - SIRPAUL Remix " album now at Bandcamp on CJD's official website! The songs should also be available soon on Amazon and iTunes.

And to learn more about SIRPAUL, visit his official website!
Posted by syzzlyn at 11:13 AM No comments:

How "Toxic" Is This Christopher Dallman Video? 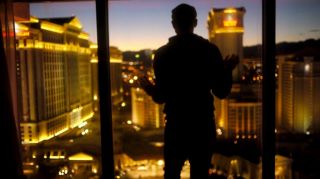 Quite awhile ago, there was a song called "Toxic" by pop icon Britney Spears. That was before she got deep into toxic things herself and had a semi-emotional, over-publicized head-shaving episode.

Then, some years later, indie musician Christopher Dallman decided to take his own sadder take on the originally electro-dance tune in his EP "Sad Britney". I love love love that EP. Chris' soulful acoustic interpretations really made those sometimes flat overly-banal songs hold weight and meaning. 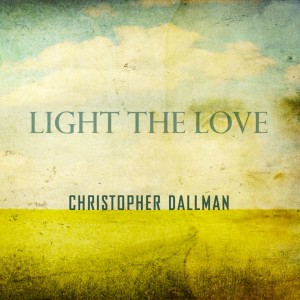 It's Christopher's Dallman's Birthday Today!!!
Go send him special warm wishes and lots of digital hugs on his Facebook page or Twitter!

And do not forget about Christopher's new EP "Light The Love", which will be released very soon. In fact there will be a release party next Monday, September 26th at Show at Barre! The details are in a previous blog post here!

The cover was design by CJD's friend and webmeister - Sean Akers. Doesn't it look light and inspiring? Almost... refulgent. And I'm sure the new songs will be equally soul-stirring and meaningful.

The best birthday present you could get for Christopher, is to buy the new CD or download the EP which will be available next Tuesday, September 27th at Bandcamp.

Remember to click this link next Tuesday to get your copy!

And if you haven't got Christopher's previous releases - "Light the Love", "Never Was", and "Race the Light" - these will also be available at Bandcamp!

PS: I'm looking for someone who will be attending the release party and wants to write a fan report for this site! More news and more hype just helps to boost Christopher's profile in the way he deserves. So, if you want to contribute, please drop me a note on Twitter to @syzzlyn!